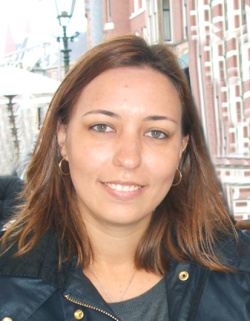 Elene Janberidze graduated from Nursing College and then from the Medical Faculty of Medical Institute “Clinicus” attached to Institute of Experimental Morphology in Tbilisi (Georgia). She undertook the End-of-life Nursing Education Consortium (ELNEC) International Curriculum – Train program, which allowed her to work as a coordinator of Nursing Palliative Care Educational Programs at Palliative Care Association in Tbilisi. She completed a postgraduate study in Clinical Oncology at the Tbilisi State Medical University. She specialises in clinical oncology and chemotherapy.


From 2009-2011 she has been working at Alexandre Natishvili Institute of Morphology as a junior researcher. In 2011 she became the Marie Curie research training fellow in European Union Seventh Framework programme funded project European Intersectorial and Multi-disciplinary Palliative Care Research Training (EURO IMPACT) based in Norway. Within this project, besides working in Norway, she spent 6 months at EMGO Institute for Health and Care Research, VU Medical Center in Amsterdam (The Netherlands). In 2015 she defended her PhD in Palliative Care at European Palliative Care Research Center at the Faculty of Medicine of Norwegian University of Science and Technology in Trondheim (Norway). The title of her thesis was “Depression and depressive symptoms in patients with advanced cancer: assessment, classification and treatment”.


Elene Janberidze focuses her research interest on identification of social, medical, ethical problems and elaboration of recommendations for national program on geriatric palliative care in Georgia. As a post-doc researcher at Charles University her project addresses the impact of a palliative care consult team on palliative care patients in inpatient hospital setting.


She published many interesting articles in international peer-reviewed journals, participated in many research and clinically oriented trainings and was part of multiple projects as a principal investigator.


We argue that the burden of mental disorders could be reduced by improving early life conditions, such as perinatal health, emotional environment in childhood and socioeconomic conditions.


In this project we aim to (1) study association of indicators of fetal development, negative emotional environment and socioeconomic adversity during early life with the occurrence of mental disorders during the lifecourse; (2) explore shared biological mechanisms and neurobiological substrates of mental disorders; (3) determine, to which extent and how can be the effects of early life risk factors reduced by changes in life style.


We conduct analyses of data from large prospective longitudinal studies with repeatedly collected information and a long follow-up period. Three sources of data will be used: The National Register of Newborns of the Czech Republic merged with other health registers, ELSPAC (European Longitudinal Study of Pregnancy and Childhood) and SHARE (The Survey of Health, Aging and Retirement in Europe). We apply multivariable regression models, mixed models and structural equation modelling.


We believe that the new knowledge this project will generate can increase understanding of mechanisms leading to mental disorders and suggest ways for their prevention. 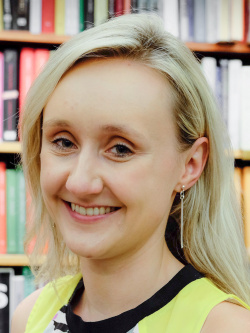 Pavla Čermáková, M.D., Ph.D. studied General Medicine at the Third Faculty of Medicine at Charles University in Prague in 2013 and gained her PhD in Medical Science at Karolinska Institutet in Stockholm, Sweden, where she defended her thesis concerning the relationship between cardiovascular disease and dementia in 2017. She was a visiting PhD student at the National Institute of Health in Bethesda, USA, where she was working for 5 months in a neuroepidemiology group at the National Insitute of Ageing.


Since 2017, she is working as a senior-researcher at the National Institute of Mental Health in Klecany, Czech Republic, and as an assistant professor at Charles University Prague, where she teaches in courses „Methodology“ and „Can we prevent dementia?“. She is also a visiting researcher at the University College London in the United Kingdom. She has experience in analysis of data from registers and population-based studies and her research interests concern life-course approach towards brain health. 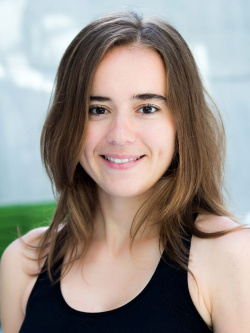 Klára Marečková, Ph.D., M.Sc. works at the Central European Institute of Technology, Masaryk University (CEITEC MU) and collaborates with the Division of Medical Psychology at Third Faculty of Medicine, Charles University on the PRIMUS grant.


She received her MSc in Cognitive Neuroscience and Neuroimaging at the University of Nottingham (UK) in 2008 and defended her PhD thesis on Sex differences and the role of sex hormones in face development and face processing in 2013. As a postdoctoral fellow at the Behavioral and Social Neuroscience research group at CEITEC MU, she developed a collaboration with prof. Goldstein’s team at Harvard Medical School and studied neural-hormonal coupling during negative affect in patients with depression, bipolar disorder, and schizophrenia. Her Marie Curie Individual Fellowship, entitled Biomarkers and Underlying Mechanisms of Vulnerability Depression (VULDE), enriched the European Longitudinal Study of Pregnancy and Childhood (ELSPAC) with neuroimaging, hormonal and behavioral data and demonstrated the impact of prenatal stress on brain structure and mood dysregulation in young adulthood. Within her research in population neuroscience and the origins of psychiatric diseases she is also working on other international projects with the Centre for Addiction and Mental Health and Hospital for Sick Children, University of Toronto. 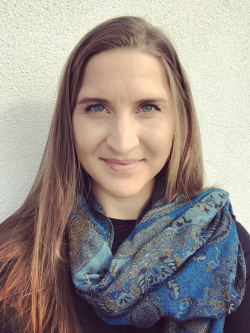 Anna Kagstrom, MSc. received her BSc in Psychology from California State University, Sacramento, her AKC in Ethics, Theology and Philosophy from Kings College London, and her MSc in Global Mental Health in a joint programme at the Institute of Psychiatry at Kings College London, and the London School of Hygiene and Medicine. She has worked extensively with vulnerable children and youth, particularly critically malnourished, neglected, and special needs infants and children in both institutional and community programs and has conducted mixed-methods research examining cultural aspects of deinstitutionalization of crisis services for children with disabilities in Haiti. She is currently a researcher at the National Institute of Mental Health, Czech Republic focusing on child and adolescent mental health in the department of social psychiatry. Her main research interests include prevention of mental health problems in children and adolescents, and scaling the implementation of community-based prevention and promotion services for children for vulnerable populations.'

Zsófia Csajbók, M.A., is a Ph.D. student of Theoretical and Evolutionary Biology programme at the Faculty of Science, Charles University. She obtained her Bachelor and Master degrees in Clinical and Health Psychology at Eötvös Loránd University, Budapest. She participated on a six-month long study fellowship in Stirling, Scotland under the supervision of Prof. S. Craig Roberts, Ph.D., and on a research visit in Oxford and London, England to conduct an international comparison of student counselling services. She is a certified counsellor in person-centred counselling and has certified experience in family and relationship therapy. She is the supervisor of the psychology service at Sziget Festival, Budapest.


Her professional interests include the determination of mental health protective and risk factors, the investigation of the effect of mental health on mate choice, and extracting the ideals and dealbreakers in mate preferences. Zsófia Csajbók has extensive experience in dealing with complex or multidimensional data and structural equation modelling, and she is a dedicated teacher of statistics. She collaborates as a statistical analyst on several research projects at the National Institute of Mental Health, Klecany in the Social Psychiatry Research Programme and in the Human Ethology Research Group. 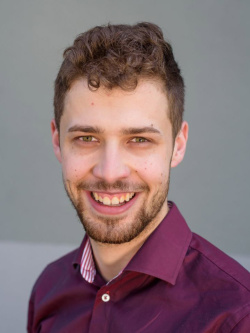 MUC. Matěj Kučera currently studies general medicine at the Third Faculty of Medicine in Prague. Since 2016 he is interning at the National Institute of Mental Health at the Department of Social Psychiatry, where he is engaged in a wide range of research and organisational activities and since March 2018 he is working as data specialist in the Destigmatisation project, which is one part of psychiatric care reform in the Czech Republic. Within his research activities he focuses on topics such as prevalence of depression in seniors, destigmatisation of people with mental illness, psychological and emotional wellbeing of gifted children, or historical research of psychedelic substances in Czechoslovakia.