Assistant of the Division of General Practice 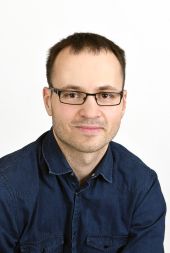 Pavel Martínek graduated from the Third Faculty of Medicine of Charles University. During his studies, he spent a year at the University of Tübingen, Germany, which influenced his future direction. After graduating in 2011, he gained his first practical experience in northern Bavaria, where he started at a small in-house clinic. The hospital was a catchment area for a vast rural region and treated diseases from A to Z, including conditions requiring intensive care. It was necessary to deal with complex situations even without the amenities of large clinics and also to know the limit when the care of higher-order facilities is necessary. From this experience, he benefits to this day.


Then, he spent a year in the same town in a surgical-orthopaedic clinic and spent over two years in neurology at another regional clinic.


He owes an exciting chain of events to the continuation of pre-certification preparation with his former colleague - general practitioner Dr A. Rissmann from Hersbruck, who won him for practical medicine. He also completed part of the training in Upper Lusatia - Saxony with Dr G. Hanzla (Oderwitz). Both trainers feel obligated for the opportunity to learn the alphabet of practical medicine and to solve intricate and complex problems.


He graduated in Munich in 2018 (pre-certification preparation for general medicine is two years longer in Germany than in the Czech Republic) and because his family situation has changed in the meantime, he began to get acquainted with Czech general practice, specifically in Liberec.


A specific constellation in the Germany-Czech Republic-Poland triangle, where he lived and worked for some time, led to the establishment of the Czech-German Educational Association, of which he is a founding member. The aim is to transfer knowledge between Czech and German (not only general practitioners) and eliminate prejudices.


From September 1, 2020, he will open his own general practitioner's office in the area of ​​Bohemian Paradise - Mnichov Hradiště.

From 1.4.2020 he participates in the activities of the newly established Cabinet of Practical Medicine of the Third Faculty of Medicine, Charles University in Prague.

His other interests are bouldering, music production and garden work.