Head of the Division of General Practice 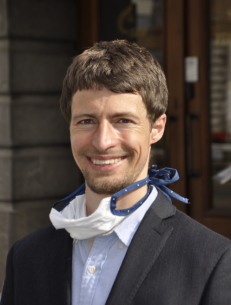 Martin Seifert graduated in general medicine at the 2nd Medical Faculty of Charles University in 2009. He gained his basic practice mainly at the III. internal medicine clinic, at the Department of Rehabilitation and other workplaces of the General Hospital in Prague. He then worked for over two years at the Department of Neurological Rehabilitation in Regensburg, Germany. Only there did he definitely decide to devote his professional life to primary care for Czech patients and returned to his home in Prague. He passed the attestation in General Practice in November 2015.


Since July 2013, he has been working in Karlín, Prague, as a general practitioner in his office. Besides, he works as a psychosomatic physician at CKP Sámova and the Atoda Clinic, serves at E.R. at University hospital Kralovské Vinohrady, participates in the reform of psychiatric care as a representative of general practitioners, since 2017 he has been an active member of the Council of Young Practitioners z.s. and teaches practical medicine at the 1st Medical Faculty of Charles University. Since February 2020, he has been working at the Third Faculty of Medicine, Charles University, and since June 1, 2020, as the appointed head of the Cabinet of Practical Medicine, which he founded and whose activities he enthusiastically develops.


He lectures at Czech and international conferences and greatly appreciates personal contacts all over the world, especially among family and general practitioners, whose offices he also visited during internships. Besides work, he loves his family, mountains and yoga under the guidance of PhDr. Jiří Čumpelík, Ph.D.