From the 25th to the 28th of September the final round of the Czech National Fencing Championship was held in the Home Credit Arena in Liberec. The attendees competed in various fencing disciplines. Among them was Katerina Doskova the student of the 3rd year of LF3 and a young aspiring fencer, who made her grand comeback after a 2 years break due to a knee injury.


In the finals, she faced Dominika Doubova and with a breathtaking finish ended the match at a 15:11 score. To illustrate the excitement at the event, a quote from one of the commentators: „This is one heck of a comeback!“


The final can be watched here: 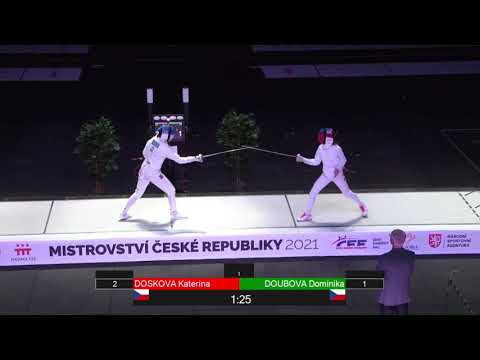